Welcome to St. John’s United Church in Grand Forks, BC.

All are welcome to join us for worship, music, and fellowship. 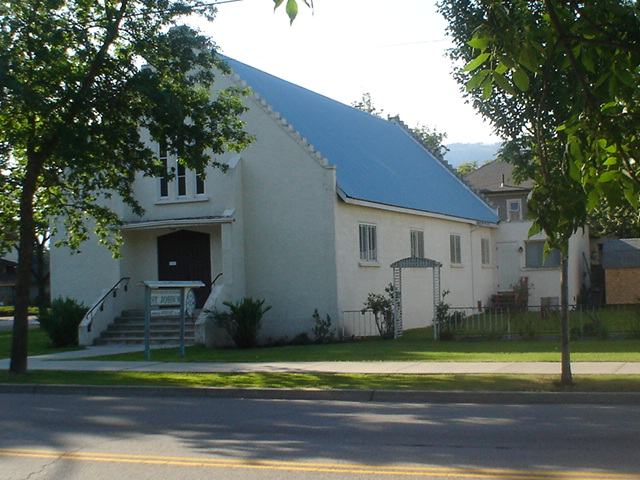 We are a congregation that is active in many ways throughout our community.

The UCW at St. John’s (United Church Women) is a small core group that heads up events at church. Their main money raiser is a tea and bake sale in early spring. They provide catering for weddings, funerals, and special events that occur at the church. The funds raised through those activities are used to pay for the kitchen fixtures, general account, and M&S Fund. UCW works hard to provide outreach activities to the larger community.

The St. John’s pianist/choir leader directs the choir and encourages children and adults to offer their many musical talents, and also arranges for capable substitutes when she is away. St. John also has an organist who accompanies the pianist during church services. We have a small choir that performs special numbers and helps the congregation learn new songs. A few members of the congregation also make solo instrumental or singing contributions. The choir director also organizes a group of singers who visit local Care Facilities to minister to those unable to attend worship services.

St. John’s supports the Grand Forks Whispers of Hope Centre by providing coffee for outreach each month. During the winter St. John’s provides warm mittens, socks and hats for distribution there as well.

A Bit of History 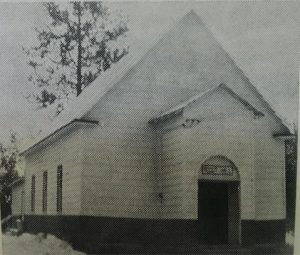 Old Methodist Church as it was in 1965

Presbyterian and Methodist churches in Grand Forks formed a local union in 1923, choosing Rev. F. E. Runnalls as pastor and meeting in Knox Presbyterian Church. Vote for church union in 1925 was sixty-one to twenty-five. In 1927 the former Methodist church and contents were given to the continuing Presbyterians, while in 1931 the congregation voted to change the name of the church to St. John’s United. As the years wore on the building deteriorated while fire damaged the upper structure requiring re-enforcement by rods. 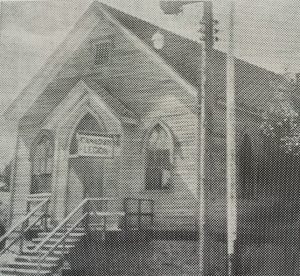 In 1952 when the roof needed shingling an architect declared the building unfit for use. Church services moved to the I.0.0.F. hall and a canvass for funds was initiated in order to erect a new church. Construction proceeded and by December 1953 it was ready for the first service. The new St. John’s United was made of cinder with pitched roof edged by a crow-stepped border. A blue cross and windows grouped in a series of three graced the front wall. 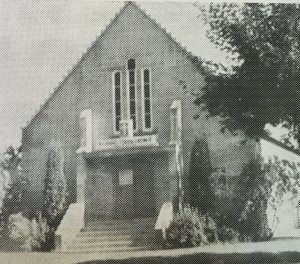