The congregation formally disbanded on December 14, 2018, with the approval of Kootenay Presbytery.
We now worship at St. John’s United Church:
Sundays in Grand Forks at 10:00 a.m.

A Bit of History of St.Columba 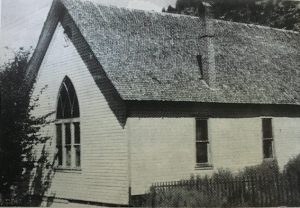 Greenwood Pastoral Charge in Kootenay Presbytery began as the result of Presbyterian and Methodist activity. The Kettle River Mission had been opened in 1890 and reopened in 1893 by the Presbyterian Church; by 1896 mission stations had been opened up at both Greenwood and Midway. By 1920 Greenwood and Midway had been combined into one field. The congregation at Greenwood was called St. Columba’s Presbyterian Church and has continued as the central point in Greenwood charge to the present. After union the congregation was called St. Columba’s United Church. 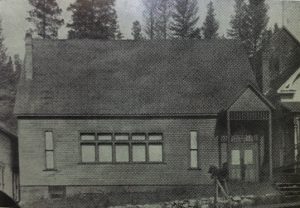 The Methodists opened work in Greenwood in 1899 which was variously combined with activity carried on at nearby Phoenix. In 1925 the local Methodist and Presbyterian bodies entered church union without a vote. Since union, Greenwood Pastoral Charge has consisted of various congregations and preaching points, including Midway, Kettle Valley, Beaverdell, Bridesville, Rock Creek and others. 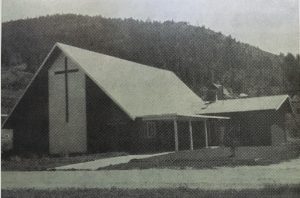 Greenwood and associated points entered The United Church of Canada without a vote in 1925. Rev. Wingate R. Walkinshaw had been in charge from 1922 and he remained until 1926 when he was succeeded by Andrew Walker. When the Dominion Copper Company closed its smelter Greenwood became a ghost of its former self and its population dropped to a few hundred. Lumbering on a small scale has been the only industry, although briefly re-opening of the Mother Lode property and the reworking of the mines in Phoenix have increased the population to one thousand. During the second World War fourteen hundred Japanese brought a resurgence of life. Welcomed by the local residents these people proved good citizens and after they were free to leave some four hundred chose to make their homes in Greenwood. Today the town is small but thriving and the United Church has made it a centre for services in Midway, Rock Creek, Kettle Valley, Bridesville, and Beaverdell. A spanking new church, modern in its sharply-peaked A-design replaces the old St. Columba. Built of brown wood it has a white panel lighted by a stained glass cross on its facade. Standing amid old buildings dating from copper-boom days it symbolizes the aspirations of the inhabitants and the faith that the United Church has in the future of Greenwood.